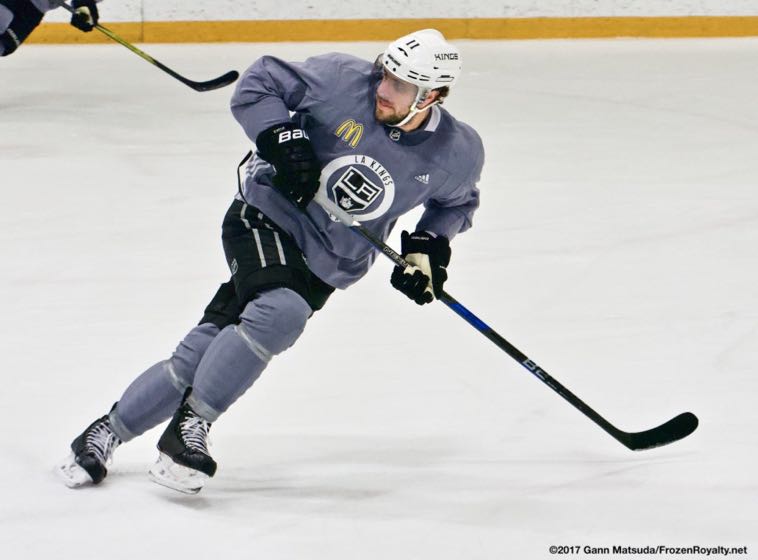 EL SEGUNDO, CA — Ever since 1967, when the National Hockey League held their first expansion draft, growing from their Original Six teams to twelve, expansion teams have been forced to select players from each NHL team who were, generally speaking, not very skilled. That meant the expansion teams would struggle for, at least, a few seasons, if not far longer, just to become a winning team, let alone a playoff team or a Stanley Cup contender.

That remained true through 2000, when the Columbus Blue Jackets and the Minnesota Wild entered the league. They struggled just to be relevant for years.

But the NHL changed their philosophy for the 2016 expansion draft, when the Vegas Golden Knights became the 31st team in the NHL. The league wanted them to be competitive, right off the bat, which has turned out to be a great decision for hockey, in general.

But no one thought they would be as competitive as they have been so far, not with them leading the Pacific Division and the Western Conference with a 24-9-2 record, good for 50 points.

“People across the league were saying that they were going to be competitive, right away,” said Los Angeles Kings head coach John Stevens. “They have an experienced management team there, they’re really well coached, and they’ve got depth. If you look at that forward group, I think they’re roles were set up, and they’ve got people who’ve done a really good job managing that situation.”

“I think everyone expected them to be good,” added Stevens. “I don’t know if anyone expected them to be this good, but you saw them come out of the gate in a hurry. You wonder when they’re going to fall off, but they’re not going away. They continue to get better, and they’ve absorbed some injuries, especially in net, which is not easy to do.”

“They’ve got balanced scoring, and they play four lines,” Stevens noted. “I was looking at their shifts [from] the other night. The forwards who played the least amount of shifts [played 13 shifts]. The most amount of shifts was 18. That’s about as balanced as you’ll get, right?”

As for the Kings, they trail the Golden Knights in the standings by two points. They are pretty much just treading water over their last 21 games with a 10-9-2 record over that span, with one of those losses coming at the hands of the Golden Knights, a sloppy 4-2 loss in Las Vegas on November 19.

“They’re a hard team to play against,” said defenseman Jake Muzzin. “They’re another big Western Conference team. We played them once. We weren’t ready for it, and they beat us. Now we’ve got to get ready for them again.”

“When you look at the standings, there they are,” added Muzzin. “They’ve done a great job. There weren’t really a lot of expectations for them, but here they are [in first place].”

But beyond the Golden Knights, who skate against the Kings tonight at Staples Center, the Kings will face Western Conference rivals in 14 out of their next 16 games, a stretch that could easily be one that plays a critical role in their playoff fortunes.

“These games are four-point games,” said defensemen Drew Doughty. “That’s when the team really needs to step up to the plate, so we’ll see what our team is made of.”

With so many huge games coming up in January and early February, the Kings know that there are aspects of their game that need work.

“Our team defense is there, still,” said Muzzin. “We take a lot of pride in our goals against, and it helps when you have two good goalies. Our penalty-kill has been good, [even though] it’s slipped a bit, lately, and we’ve taken too many penalties [in recent games]. We’ve had some unlucky bounces, too. But those happen.”

“We certainly like where we are right now,” said center Anze Kopitar. “If you look at the standings, we’re right there, in the mix. We’ve done some very good things, but there’s still room for improvement.”

“I don’t think there’s anything that we’re really concerned about,” added Kopitar. “But we do know there’s stuff that we can do better—power play, forechecking, defensive zone coverage—there’s always room for improvement. We just want to keep getting better as you go along, and you want to peak at the right time. We’re just going to keep working at it.”

As Muzzin noted, the Kings’ penalty-kill, which leads the NHL (86.5 percent rating), has slipped a bit in recent games. But the power play has slipped much more, sinking to 28th in the NHL (15.4 percent).

“The power play can be better,” Kopitar observed. “We’re running at what? 15 percent right now? We know we can be better, and there’s stretches that come when you’re not scoring power play goals. We’ve got to make sure that when we need a goal—you want to get timely goals, especially on the power play. We’re not worried about it. We’re going to work at it, and keep trying to get better.”

As reported in this space on December 23, consistency has been an issue for the Kings this season.

“If we work on our consistency, being ready to go, every night, we should solve a lot of our issues,” said Muzzin. “We’ve shown that we can be dominant, and get on a roll. I think we’ve got to eliminate the peaks and valleys and play a solid game, no matter what the situation is.”

“We can always get better at our breakouts and our defensive zone play,” added Muzzin. “On the forecheck, we want to create more turnovers and more zone time.”

Although the Kings are turning the puck over more this season compared to previous years, that might be an issue that the Kings are just going to have to deal with, to a large degree, because of their renewed focus on scoring goals.

“[We] could certainly be better [at managing the puck], but sometimes, [turnovers come] with the territory,” said Kopitar. “We’re trying to make plays, so sometimes, giveaways are going to happen. For the most part, we’ve been happy with our puck management. But it can still be better.”

But it’s one game at a time, and the Kings first of those 14 Western Conference rivals is in town tonight, the high-flying Golden Knights.

“We just have to make sure that we’re prepared,” said Kopitar. “The three days off [for the holiday break] will certainly recharge the batteries for us. We’ve just got to go in and play our game, and worry about us more than anybody else, because we feel that if our game is where it needs to be, we’re going to have a chance, every night.”