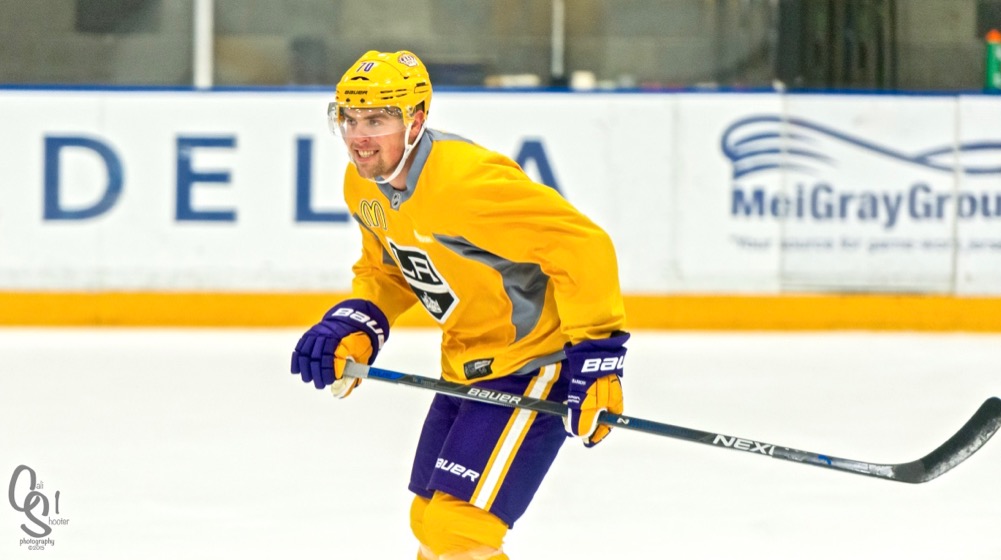 LOS ANGELES — Tanner Pearson scored a goal and tallied two assists, Marian Gaborik scored a goal and added an assist, and both Milan Lucic and Nick Shore scored a goal each, leading the Los Angeles Kings to a 4-3 win over the Edmonton Oilers at Staples Center on Saturday night.

Despite the four-goal outburst and the multi-point games by Pearson and the slumping Gaborik, the Kings sagged for a portion of the first period, most of the second period, and in spots during the third period, breathing life into the Oilers, who tied the game at 15:10 of the third period on a goal by Taylor Hall.

Shore scored at the 18:23 mark to seal the victory for the Kings.

Audio of post-game interviews with Gaborik, Pearson and Shore, portions of which were not carried on the television post-game show, can be heard below.

From the @LAKings Communications Department...#LAKings
Just when you think that the @NHL couldn't make themselves look like more of a joke...
The league's decision that resulted in the @NYRangers criticizing them was so badly botched by NHL Player Safety that this is just embarrassing for the @NHL.
Based on how he began his @NHL journey back in the summer/fall of 2005 (and even before that, I guess), I knew that @LAKings center @AnzeKopitar was destined for NHL stardom, so it comes as no surprise to this reporter that he has played in 1,000 NHL games and has now scored 1,000 NHL points.
@lakings roster moves today...
From the @NYRangers on Twitter...totally agree. #NHL got this one wrong...they weren't even close.
#LAKings C Prospect Quinton Byfield Is Set To Make His NHL Debut Tonight. Is He Ready? For more, click on thev link in our bio!
#LAKings schedule updates...