Yes, hockey fans, the time of year that we all dread is upon us, that approximately two-and-a-half month period that starts on July 2 (or maybe July 3 or 4, if enough unrestricted free agents wait a day or two before signing contracts) until the start of training camps in mid-September.

During this period, there is usually a tremendous dearth of anything interesting to read, see or hear related to the National Hockey League, although fans of the Los Angeles Kings will get to enjoy following the Stanley Cup on its travels, as the team and the organization celebrate the 2014 Stanley Cup Championship all summer long.

But other than that, it’s like a black hole opens up from July 2 to mid-September, swallowing up just about everything related to hockey.

I call this period The Dreaded Lull. Not a very exciting title, I know, but it fits.

In the battle to try to provide coverage during this difficult time of year for hockey fans, Frozen Royalty begins its 2014 off-season coverage with a photo essay from the Kings’ 2014 Development Camp, where some of their young prospects are learning some of the finer points of the game from the organization’s development staff.

In the coming weeks, Frozen Royalty will have more stories that focus on Kings prospects, including 2014 NHL Draft picks Adrian Kempe and Roland McKeown, 2013 draft picks Valentin Zykov and Zac Leslie, and more, so keep your eyes peeled.

To start things off for The Dreaded Lull, here’s photographer David Sheehan’s photos from the Kings’ 2014 Development Camp.

34 photos by David Sheehan. ©2014 FrozenRoyalty.net. All rights reserved. Duplication, re-distribution prohibited without explicit permission. Click on any photo to view a larger image, and to scroll through the gallery. 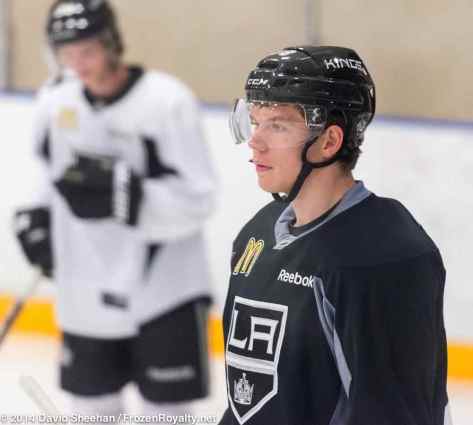 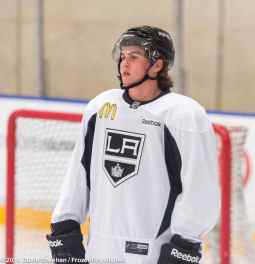 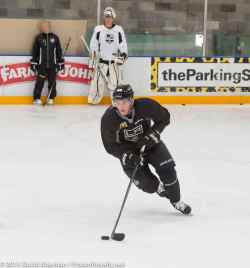 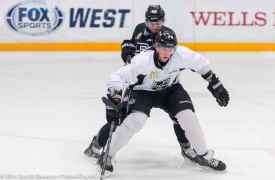 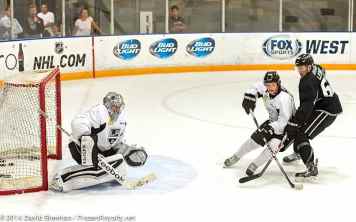 Frozen Royalty by Gann Matsuda is licensed under a Creative Commons Attribution-NonCommercial-NoDerivs 3.0 Unported License. You may copy, distribute and/or transmit any story or audio content published on this site under the terms of this license, but only if proper attribution is indicated. The full name of the author and a link back to the original article on this site are required. Photographs, graphic images, and other content not specified are subject to additional restrictions. Additional information is available at: Frozen Royalty – Licensing and Copyright Information. Frozen Royalty’s Comment Policies