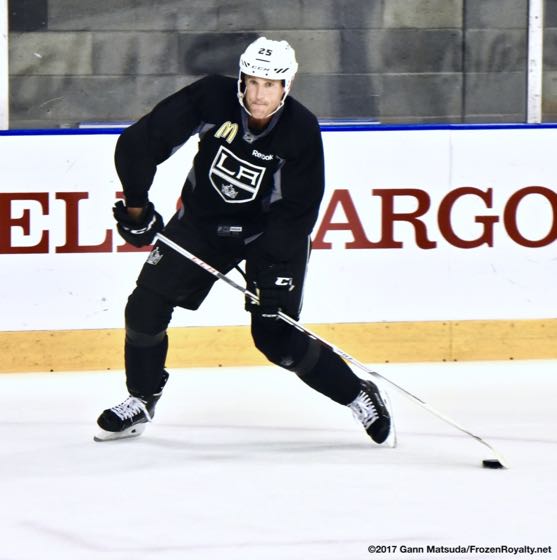 EL SEGUNDO, CA — On November 9, forward Brooks Laich earned his first point with the Los Angeles Kings. Five days later, he would play his last game with them. Being a healthy scratch four times after that, and with some player personnel changes forthcoming, the writing was on the wall for Laich, who was... END_OF_DOCUMENT_TOKEN_TO_BE_REPLACED

EL SEGUNDO, CA — Less than three minutes into his game against the Toronto Maple Leafs on November 2, Los Angeles Kings center prospect Michael Amadio had another dream come true. The first dream was making it to the National Hockey League. He made his NHL debut on October 26, in one of hockey’s meccas,... END_OF_DOCUMENT_TOKEN_TO_BE_REPLACED