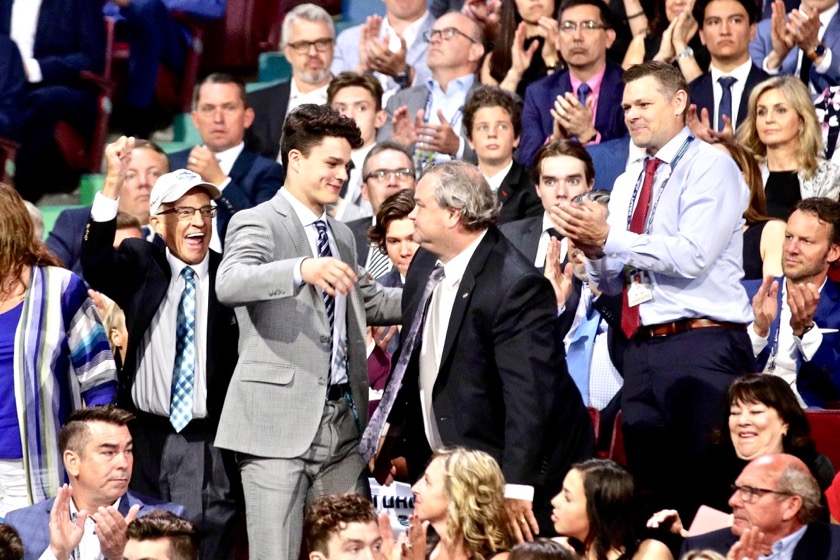 LOS ANGELES — The 2019 National Hockey League Draft has come and gone with the Los Angeles Kings adding nine young prospects to their system while achieving a rather suprising balance.

“We ended with four defensemen, four forwards and a goalie, which is a rare split,” Kings Director of Amateur Scouting Mark Yanetti said during a media conference call on June 22, after the conclusion of the draft. “[General manager Rob Blake] was actually hoping to come out with a split like that and I couldn’t promise that we would be able to deliver that.”

“We got depth at all positions,” Yanetti added. “It was chaotic, at times. But it was pretty seamless.”

A separate story is in the works, featuring exclusive comments from Yanetti, who evaluated how the Kings did in this year’s draft. He also provided a peek into their overall strategy, some details on what they were looking at for the fifth overall pick—Alex Turcotte was not at the top of their list—and what went into the decisions they made to make a trade, or not make one, during the draft. The insight from Yanetti will be well worth the read. Stay tuned for that story, coming on June 23.

Yanetti also spoke exclusively with Frozen Royalty about each of the Kings’ 2019 draft picks. You will find his comments below, and in the case of the fifth overall pick, Turcotte’s remarks are also included.

LEAD PHOTO: Center Alex Turcotte (gray suit) is shown here about to embrace his father after he was selected by the Los Angeles Kings in the first round (fifth overall) of the 2019 NHL Draft in Vancouver, British Columbia, on June 21, 2019. Photo courtesy Los Angeles Kings.