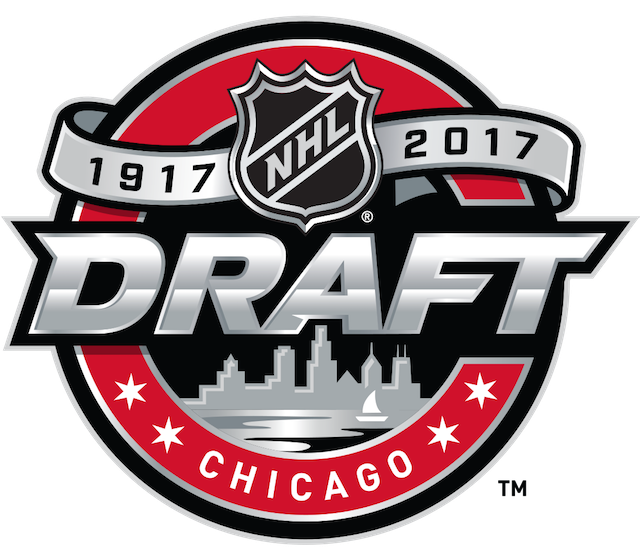 2017 NHL DRAFT COVERAGE: In addition to bringing you some comments from Los Angeles Kings assistant general manager Michael Futa and their first round pick, center Gabriel Vilardi, Director of Amateur Scouting Mark Yanetti did a one-on-one interview with Frozen Royalty late Saturday. In this story, he added his voice to those talking about Vilardi and what the Kings tried to do to make sure they got him.

LOS ANGELES — With the 2017 National Hockey League Draft now complete, teams were able to take the wraps off much of what their plans were for this year’s draft and comment on things that they almost never discuss prior to each draft.

Indeed, amateur scouts and general managers for NHL teams are very hush-hush before each year’s draft, wary of giving the other thirty teams any idea of what young prospects they covet, and the Los Angeles Kings are no exception to that unwritten rule. But after rounds 2-7 on June 24, assistant general manager Michael Futa and Director of Amateur Scouting Mark Yanetti spoke with the media via conference calls.

In the first round of the draft on June 23, with the 11th overall pick, the Kings selected 6-3, 203-pound center Gabriel Vilardi from the Windsor Spitfires of the Ontario Hockey League.

The 17-year-old native of Kingston, Ontario scored 29 goals and added 32 assists for 61 points with a +13 plus/minus rating with twelve penalty minutes in 49 regular season games this season.

“He was banged up during the year, which was a bit of a setback for him,” Futa noted. “But the team itself, they really had a battle with the Erie Otters. Those are the two teams that ended up in the finals. He had a great series against Erie, and on the biggest stage, he took it to another level. He was outstanding.”

Despite being ranked fourth by NHL Central Scouting among North American skaters (and third or fourth on most of the other available draft rankings), Vilardi was still available when the Kings picked 11th.

“Our guys were absolutely thrilled,” said Futa. “We had him rated much higher and it was good emotions at our table when we found out that we were sitting there [and he was still available].”

“It’s just one of things where you have to trust your list, and I know Mark Yanetti and the guys have done such an incredible job, and [knowing] the time that goes into it,” added Futa. “When you have a guy who drops that far, you’re thrilled. You’re not worried about it. Our development team will get to certain areas that he needs to work on. It’s just unbelievable to get a kid that’s not only established, but he’s a champion.”

Even though Vilardi was still available when the Kings were up with the 11th overall pick, they weren’t going to take the chance that the player they had targeted might not be available. In fact, they made more than one attempt to trade up to get him.

“He was [ranked third or fourth] on every list there was,” Yanetti said. “Maybe he was [fifth] on one list. We’re talking about a guy who’s a consensus three or four pick that we got at 11. As a staff, we certainly weren’t content to wait until 11. However, it becomes very easy to wait to get a guy at 11 when every [team] you talk to instantly rebuffs you.”

“Not only did they not want to move, but no one even wanted to consider moving,” Yanetti added. “They didn’t even want to hear our proposals, and that’s their right. If we were picking at ten, and Vilardi is there, I don’t need to hear the proposals [from the team with the 11th pick], and I’m sure the Rangers didn’t need to hear anyone’s proposal. They had their guy, and so on.”

The Kings had Vilardi targeted for good reasons.

“The bigger you are, the harder it is to handle the puck,” added Yanetti. “That’s why the traditional smaller player handles the puck better—because it’s easier to do. Your stick isn’t at the same angle. For a big guy, your stick is at an entirely different angle than it is for a small guy.”

“The next thing you notice is that he’s got excellent individual skills. When you start breaking them down, the final things you notice, and the most important things, are his creativity and his hockey sense—his ability to make players around him better, make subtle plays; his ability to recognize seams, and subtle weaknesses in coverages that he can take advantage of. Those might be the most defining things about his game.”

Although no team has revealed why they passed on him in the first round, logic and deductive reasoning indicate that they were concerned about Vilardi’s skating. But the Kings thought differently.

“His skating, aesthetically, is far worse than it is, in terms of substance,” Yanetti noted. “The substance of his skating is, by no means, deficient. Is it an area of his game that needs to improve? Absolutely. His knees come in slightly, and that’s something people can think [contributes to being an ‘ugly’ skater].”

“I’ve used Tyler Toffoli as a reference because he [dropped into the second round] for the same reason, in my opinion,” Yanetti added. “If you look at [Vilardi’s] body, he’s 6-3, and nowhere near developed. He’s a 6-3 kid who’s strong on the puck, but he’s not strong, physically. A lot of those skating deficiencies Tyler had were fixed by the fact that he matured and worked like a dog to make himself bigger and stronger. Gabriel is going to address a lot of his perceived deficiencies simply if he chooses to do the work.”

“Look at Tanner Pearson. There was once the perception that he wasn’t a good enough skater and he went through two drafts. We didn’t think [he was a poor skater]. The two fastest games I saw last year in junior hockey—to tell you the truth, junior hockey is faster than pro hockey, sometimes, because it’s more hectic, more scattered, and less structured—the two fastest games I saw at that level [were in the Memorial Cup tournament, and] he was the best player. Go ask Erie if he was slow after he set up seven goals. I just see it as everyone has things they need to work on and everyone has deficiencies. I just don’t see him as being deficient, [in terms of skating]. I don’t see that as being concerning.”

As Yanetti noted, Vilardi needs to work on his skating, regardless of what they think about him. But to his credit, Vilardi is way ahead on that particular issue.

“That’s the biggest thing for me this summer,” he said. “I have a plan set in place. I’m going to Minnesota. I’m really looking forward to that and I’m going to get better [at skating]. I need to get stronger, as well. I have a skating coach and a trainer lined up.”

As soon as the Kings selected Vilardi in the first round, many pundits and fans alike claimed that the Kings were just lucky to have a player as highly rated as Vilardi fall into their laps, which implied that it took no effort or preparation to make that selection.

What a load of garbage such claims are and were.

“In the first round, we were fortunate, but I don’t believe in luck, or chance, or things like that,” said Yanetti. “Too often, people who do the right thing, people who work the hardest, are the ones who get the luck. Has Chicago been lucky in what they’ve done? The old New Jersey dynasty—were they lucky at what they did? Getting Martin Brodeur with that pick was lucky, right? I don’t think so. Again, people who put in the work and do things the right way are the ones who get what is perceived as luck. But I would postulate that those people put themselves in position to recognize and reap good fortune.”