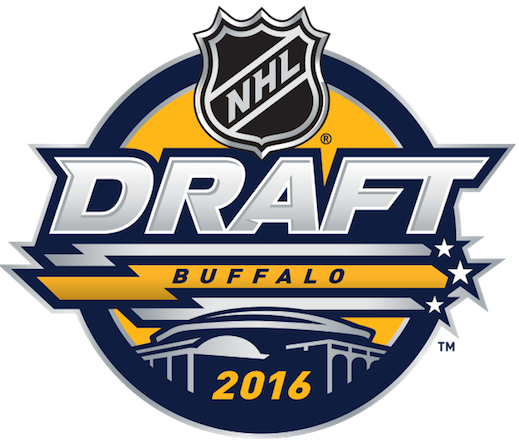 2016 NHL DRAFT: Frozen Royalty continues its coverage of the Los Angeles Kings and the 2016 National Hockey League Draft with a look at how changes the Kings are making across their hockey operations—that re-tooling that President/General Manager Dean Lombardi talked about in early May—and how they have affected amateur scouting and the draft.

OS ANGELES — About two weeks after the Los Angeles Kings were eliminated from the first round of the 2016 Stanley Cup Playoffs in just five games—they were mostly dominated by the San Jose Sharks—President/General Manager Dean Lombardi spoke to the media and talked about significant changes, both in actions and in thinking, that were in the works.

Lombardi also said that the team would not be rebuilding, but added that some re-tooling was in order and that was not restricted to the current players. He also mentioned that the first group to meet with him was his amateur scouts.

“I’ve been on the receiving end of some uncomfortable meetings with Dean over the past few months,” said Mark Yanetti, Director of Amateur Scouting. “It hasn’t always been fun when I’ve been there.”

In his remarks to the media, Lombardi indicated that the Kings needed to regain the innovation that has been lost in some of the things they do and amateur scouting is no exception. But don’t confuse lacking innovation for not working hard.

“I think the work was there,” added Yanetti. “I think the sheer volume was there. But I think what we lost, and I heard the word, ‘innovation,’ when we first started this—I remember having meetings with Dean where we did a whole day trying to determine if someone’s a good skater. We spent a day on that and all of a sudden, because you start brainstorming and saying things, and you might go from skating to something else, but you end up getting back to skating. There was almost this think-type atmosphere of innovation that really permeated everything we did, whether it was intentional or unintentional. The meetings just ended up that way, whether Dean led them or not.”

“It just seemed that was more creativity. It was a James Joyce novel, sometimes. The meetings had a stream of consciousness flow, but with purpose. You start off working on a problem, or a philosophy, or a situation, and by the time you were done, you were answering a whole different question, or a question you had never thought of. I think that’s what we lost.”

Thinking eventually narrowed when it came to amateur scouting.

“I think we kept working, but I think we got very linear, and almost one-dimensional in our thinking, like the idea of what an LA King is,” Yanetti observed. “There were so many different [aspects about being] Kings—we had ideals and philosophies about what a King was. But then, by our seventh year, it became a static profile sometimes, I think. That’s one example. We also took concepts from other sports and other teams. Some of the people we met opened my eyes to different ways of thinking and we incorporated that.”

“Just from that different way of thinking, someone from the staff would come up with a completely different tangent for where to take something,” Yanetti added. “That big bang of creativity was lost. We just got away from it. So I don’t think our work ethic ever changed. The passion [the scouts] show—it never waned. It’s just that the direction became very linear, almost static, and that’s a problem.”

Yanetti emphasized that although the creativity and innovation they once had was, at least, partially lost, the amateur scouts haven’t changed fundamentally.

As Yanetti alluded to, the Kings were in “if it ain’t broke, don’t fix it” mode.

“In the beginning, we were looking at the LA Kings almost as outsiders,” he noted. “When we got there, we were looking to change everything, to put your stamp on everything, your philosophy, a creative philosophy. Then you get so insular because now you’re taking ownership of the team, and each day, that emotional attachment—and you spend so much time going from last place to fourth place, you spend so much time trying to crawl out of those depths that when you finally get success, you get focused in on that, and you get very focused in on yourselves.”

“We have the blueprint that we built the Stanley Cup winning team on, but we built it on a slightly different model than we’re working with now, and sometimes we forget that,” he added. “I think that’s why we got static and one-dimensional in our thinking. The results show that it worked.”

As Lombardi said in his remarks, the Kings winning Stanley Cup Championships in 2012 and 2014 was a double-edged sword, in terms of maintaining that level of success.

“Missing the playoffs in 2015 wasn’t the wake-up call it needed to be because it was viewed as such an anomaly,” said Yanetti. “Don’t get me wrong. It was a wake-up call. It wasn’t fun being an LA King from April 2015 until the following September. But as bad as it was, I think we brushed it off, and as good as this year [the regular season] was, I think we minimized it, too.”

“I think we’ve got to find that happy medium, and I think that’s what Dean has done,” added Yanetti. “I think we’re working a lot more objectively, more all-encompassing, and we’ll never have that naive mindset that we had the first two or three years. That will never happen again, but even more, we’re looking at things more with that spirit of innovation More creativity. I think we’re getting back to that spot.”

Despite the change, the goals for the draft have not changed.

“We have to do things differently, there’s no question there, but the goals are the same,” Yanetti emphasized. “We don’t subscribe to any kind of excuses. If you have a first round pick, you’ve got to find the right guy. If you don’t pick until the fourth round, it doesn’t matter. The goal is the same.”

“Dean has always said that you’ve got to find two players [in each draft],” Yanetti added. “I think you have to find three, and they’ve got to be players who can help you win.”

Yanetti declined to go into great detail on exactly what the amateur scouting staff would do differently. But he was able to a few ideas without revealing anything to the competition.

“We were one of the first staffs to use video,” added Yanetti. “Now, everybody in the NHL is using video. OK, great. But how do you use the video? How do you watch the video? How you do evaluate? This is where you talk to a team in the NFL—you meet with different organizations in different sports, and you see how they watch it. They might watch it differently, or look for different things, or maybe they use a different system. You have to find different ways to do it. You’ll come up with some on your own, but you also have to talk to those who are successful in other sports. We’re not sharing information in our own sport. San Jose isn’t getting in a room with us and telling us what they’re doing, and we certainly aren’t doing that with them, so you have to go down some non-traditional avenues [in order to improve].”

Interviewing potential draft picks is another area where there could be some innovation and creativity.

“You could also become better at interviewing guys,” Yanetti noted. “That’s not giving anything away. You can always become better at that. You can always learn to read guys. You have this breadth of information. You can be more detail oriented. You can learn which questions elicited the right type of answers or thought process from a draft pick. Sometimes you get the wrong answer but the right thought process and you discount that.”

“That’s where the creativity comes in. How are we using it? Are we using it? Is it worth using? Some things are good, some things are bad. But again, that’s another area you can get better in—analytics. We’ve been using analytics—non-traditional stats—since the day we got here. We just didn’t have a fancy name for it. Hopefully, we’re taking the analytics and applying them to the information you’ve gathered.”

Constant, consistent improvement takes things right back to breaking out of the existing mold.

“If you think of a family tree, instead of having one branch with many limbs and branches—an idea can be like that, too.” Yanetti added. “You take that idea as far as it can go [in a linear fashion], but then you miss four or five different places where it could branch off. You miss that tributary in the river that would bring new life and nourishment—you forget because you see the big river. You see the Amazon, but you don’t see the deltas, you don’t see the tributaries. You don’t see all the facets, or the other avenues where your idea could’ve gone, or where the model could’ve gone because you’re so focused on the success you had. But we’re now starting to look at things much more like that again.”

The #LosAngeles chapter of the Professional Hockey Writers Association has selected @LAKings D @MattRoy6 as its nominee for the @NHL’s 2021 Bill Masterton Memorial Trophy, which is awarded annually to the player who best exemplifies the qualities of perseverance, sportsmanship, and dedication to ice hockey. #LAKings #NHL
Today's roster moves...#LAKings
From the @LAKings Communications Department...#LAKings
Just when you think that the @NHL couldn't make themselves look like more of a joke...
The league's decision that resulted in the @NYRangers criticizing them was so badly botched by NHL Player Safety that this is just embarrassing for the @NHL.
Based on how he began his @NHL journey back in the summer/fall of 2005 (and even before that, I guess), I knew that @LAKings center @AnzeKopitar was destined for NHL stardom, so it comes as no surprise to this reporter that he has played in 1,000 NHL games and has now scored 1,000 NHL points.
@lakings roster moves today...
From the @NYRangers on Twitter...totally agree. #NHL got this one wrong...they weren't even close.