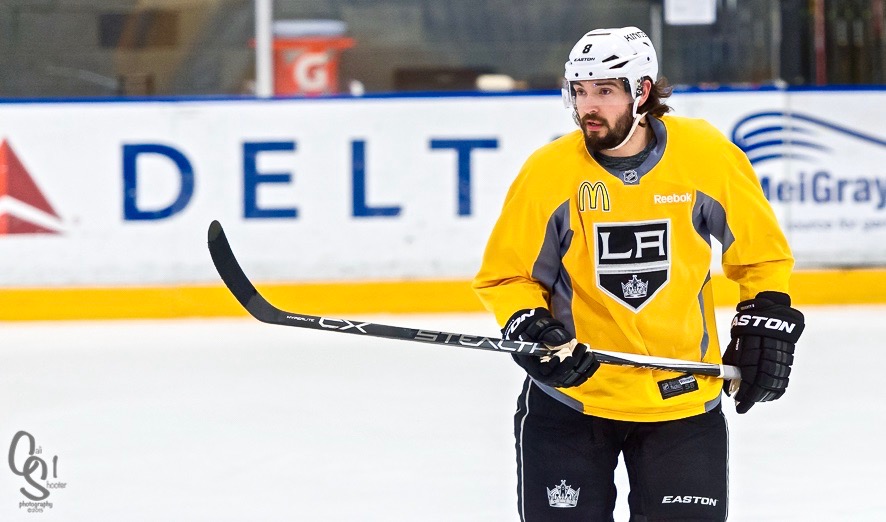 EL SEGUNDO, CA — A common refrain heard from hockey faithful lately is that the Los Angeles Kings, who enter the National Hockey League’s holiday break atop the Pacific Division with a six-point lead in the over the second place San Jose Sharks, are merely taking advantage of what many consider to be the weakest division in the NHL so far this season.

One look at the standings tells much of the story, with three teams in the division with records below .500, and with just six points separating the Sharks from the bottom-dwelling Anaheim Ducks, with the rest of the pack hovering between 32 and 35 points.

Other divisions have a couple of teams with below-.500 records. Further, the Columbus Blue Jackets, Toronto Maple Leafs and Winnipeg Jets have records that are not really any better than that of the Ducks. Nevertheless, if you look at the divisional standings, other divisions are at least a bit stronger than the Pacific, which lends some credence to the argument that Kings are just reaping the benefits of playing in such a weak division.

While there is some truth to that, as is usually the case, a deeper look shows that it’s not that simple.

Indeed, for the Kings to take full advantage of playing in the weakest division in the NHL, they would have to clean up in games against division rivals.

But so far, that hasn’t happened at all, as the Kings are just 4-5-0 against Pacific Division opponents.

The Kings have yet to face the Ducks and Calgary Flames this season.

“[Divisional games] are important games for us,” said defenseman Drew Doughty. “We know that going into them. They’re always four-point games.”

“We’re even more focused for division games,” added Doughty. “At least, we should be, more than other games.”

“Should be” is the key phrase here.

“We’ve got to turn that around because [play against] your division is how you make the playoffs,” Doughty noted. “We want to win our division, be at the top. Right now, we have some breathing room, but we want to continue to [widen the gap between them and the] other teams, so that’s what we’ll be looking to do.”

But even with their latest divisional blunder, a 5-3 loss to the Sharks on December 22 at Staples Center in Los Angeles, the Kings are 4-2-0 in their last six games against their division—three of their losses against the division came in their first three games of the season.

“When you start 0-3, with very poor play—I don’t think anyone was on top of their game in the first three games,” said left wing Milan Lucic. “But since then, we’ve gone [4-2], so…”

“It’s going to take good defense, good checking, playing our system right, and embracing the identity of being a checking team that can score,” added Lucic. “If we do that, that’ll bring us the results that we want.”

Doughty also indicated that the Pacific Division is likely better than it appears on paper.

“I don’t think our division is playing up to its capability right now,” he said. “Anaheim—I don’t think they’re where they should be right now. There are some teams in our division that are very good teams. They’ll do some damage, especially closer to the playoffs, when they really turn on their games.”

“If we continue to play well and win our division, our first round matchup is going to be pretty tough, regardless,” he added.

As for head coach Darryl Sutter, he isn’t thinking much about his team’s record against their division just yet, even with their next four games, all on the road, against divisional foes.

“We’ve only played eight games, so that would be it,” he said, flatly. “We haven’t even played against two teams in the division [yet]. “

“To answer your question, how the hell would I know? Who cares who your opponents are [down the road]? It just so happens that we’re playing four or five division games in a row. Who really cares?”

2 thoughts on “LA Kings Continue To Struggle Against Division Rivals”