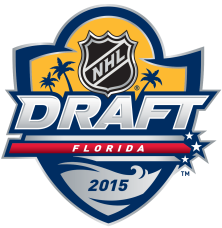 LOS ANGELES — In the 2012 National Hockey League Draft, the Kings had the final selection (30th overall). In 2014, they had the 29th overall pick, one ahead of the New Jersey Devils, who were moved behind all the other NHL teams in the first round as punishment for signing forward Ilya Kovalchuk to a contract that circumvented the league’s salary cap rules.

The Kings used the 30th overall pick in 2012 to select left wing Tanner Pearson, who shot up the ranks quickly, and was in the conversation for this year’s Calder Memorial Trophy, awarded annually to the league’s top rookie.

Injury ended Pearson’s Calder hopes, not to mention his 2014-15 season. Nevertheless, he is a prime example of what quality scouting, exceptional drafting and top-notch prospect development can do for an NHL team.

The following is a round up of the Kings’ subsequent picks in the 2015 NHL Draft, along with prior trades that will impact those draft selections:

Without a high first round pick, unless Kings President/General Manager Dean Lombardi pulls off an unexpected whopper of a trade, the Kings will not be in the running for centers Connor McDavid (Erie Otters, Ontario Hockey League) or Jack Eichel (Boston University), the top two prospects available this year.

But keep in mind that Lombardi and his scouts have done an outstanding job in finding talent, not just later in the first round, but even much deeper in the draft. Indeed, since Lombardi took over as general manager in April 2006, the Kings have scored eight players in the draft who were not high first round selections, but still made significant contributions with the Kings.

Tyler Toffoli and Tanner Pearson were on the Kings’ 2014 Stanley Cup Championship team.

Add all that up, and toss in the selection of Drew Doughty in the 2008 draft, and you get a remarkable, almost unheard of record of success at the draft table, which has given Lombardi a stableful of talent coming up through the ranks year after year after year.

That talent will be needed in the 2015-16 season with changes coming with the big club.

The Kings are expected to buy out center Mike Richards contract, while right wing Justin Williams and center Jarret Stoll are not expected to be re-signed (both are expected to become unrestricted free agents on July 1. Regehr retired at the end of the season, and Voynov remains in hockey limbo while he faces domestic violence charges.

On top of that, like every backup goaltender, Martin Jones has aspirations to be a number one goaltender in the NHL, and he knows that is not going to happen with the Kings as long as Jonathan Quick is on the roster, leading to reports that he might be traded this summer, perhaps in a draft day deal.

To be sure, the Kings have holes to fill up front and on their blue line, and maybe even in goal. Trades could help fill those holes, and Lombardi’s draft history indicates that he is likely to make at least one fairly significant trade during the draft, and he has had inquiries about moving up or down in the draft.

“I’m getting a lot of active proposals to move up and down [in the draft], so in terms of the player we’ll select, it’ll always be the best player,” said Lombardi. “But in terms of how active we could be [with their first round pick], when I finished with [his amateur scouts], they seemed to have a lot of juice to look up, down and all around, which means we’ll probably end up doing nothing but picking.”

As Lombardi alluded to, the Kings’ philosophy is to select the best player available.

“90 percent of the time, when you’re drafting 18-year-olds, it’s about [selecting] the best player [available],” he said.

Lombardi emphasized that some of the holes in the lineup will likely be filled by young talent coming up through the ranks.

“With the success we’re having in Manchester, we’re going to have some younger guys challenging for jobs here,” he noted. “Also, we’re getting people calling, [saying], ‘if you don’t want to put’em in your lineup, we’ll put’em in ours.’ That’s one of the things that happens. The way that team has performed, and the youth of that team down there, not only bodes well for us getting multiple swings to fill some boxes, but also, if it’s too clogged up, it gives you the opportunity to pick up some extra [draft] picks.”

“There’s a number of prospects down there who people are calling about if we don’t see a place for them on our team,” he added. “They’ve really played well, and some guys who you weren’t sure of, they just keep on showing up. ‘Give me a shot,’ and they deserve it.”

“The struggles we had up top this year, that team down there was like we were the year before where you could just feel it. They’re fun to watch, and they’ve got a lot of guys who’ve paid their dues, and deserve a shot, whether it’s here, or with somebody else.”

With The 13th Overall Selection In The 2015 NHL Draft…

After all that, what will the Kings do with their first round pick, the 13th overall selection?

Ignoring the possibility of a trade, here are some of the prospects who are likely to be on the Kings list for their first round selection (in no particular order):

Keep in mind that Lombardi has a reputation for being quite the maverick at the draft table, so don’t be surprised to see the Kings go way off the board with any of their picks, selecting a player that no one expects. In any case, tonight’s first round should give us some idea of what the Kings off-season re-tooling plans are, in addition to adding young talent to their system.