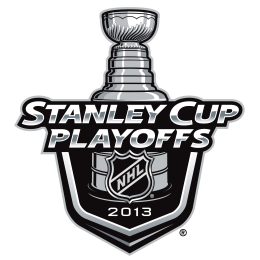 EL SEGUNDO, CA — A couple of days ago, Los Angeles Kings captain Dustin Brown reflected back on his team’s 2012 Stanley Cup Championship, the road they traveled to reach the National Hockey League’s Promised Land, and then compared that playoff run to their current journey towards the 2013 Stanley Cup.

In LA Kings Dustin Brown Has New Perspective On Winning And Losing, he said:

“You always remember what it feels like to lose,” he said. “You almost have to lose before you learn how to win. It’s a motivating factor.”

“When you have that feeling, it stays with you, and vice versa, after what we did last year, I always say you don’t really know what you’re playing for until you’ve won it, so my perspective on the playoffs this year has been completely different than my perspective in previous years,” he added. “I don’t think I fully understood what exactly we were playing for until we put ourselves over the top.”

“It’s kind of the same way with losing. It’s hard to understand what it takes to win until you lose.”

Prior to leaving for Chicago, Brown expanded upon those thoughts, and noted the added challenges his team faces while trying to repeat as Stanley Cup Champions.

“[There’s] a pretty different feeling in the room, as players, and I think, around the league, about us,” he noted. “It’s different, coming in, and winning your first [Stanley Cup], and surprising everyone. I think everyone had us losing every round, pretty much. Now that we have the target on our back, and we have the experience of last year, we’re not going to catch anybody by surprise.”

“It’s learning how to do it again,” he added. “It’s a whole other animal. Winning it once is hard, but winning it a second time becomes harder.”

Unlike last season’s playoffs, when the Kings began each series by winning the first three games, and wound up with a 16-4 record, this year’s playoffs have been much more of a struggle.

To illustrate, not only have the Kings been involved in some of the most physical hockey you’ll ever see in their first two playoff rounds, but they have also played 13 out of a possible 14 games this post-season, compared to just nine games at the same point last year.

Brown pointed to his team’s strength of will as what helped them make it to the Western Conference Finals.

“The way we’re winning—last year was a lot different,” said Brown. “We had complete control of every series, [and just about] every game, from start to finish. We’ve come from behind at least twice, to my knowledge, to win games, tight games.”

“It’s just dealing with adversity,” added Brown. “Being down 2-0 to St. Louis, we responded well in that series. Then, going to Game 7—I thought we had a really good game against San Jose. It’s just little things.”

Kings President/General Manager Dean Lombardi indicated that his team is much better prepared to be able to deal with adversity than ever before.

One example he pointed to was how they were able to win despite the absence of veteran, stalwart defensemen Willie Mitchell (knee surgery; missed entire season) and Matt Greene (played in just five regular season games; back surgery).

“We lost two defensemen who were critical,” Lombardi told the media in Chicago on May 31. “We didn’t have them all year. Those two guys are arguably two of the best penalty-killers in the league. They were a big part of our team and our identity. I know they’re not the rock stars, but everybody knows how important they are in that room. We didn’t have them all year. People forget that. That’s pretty significant.”

“On the plus side, that gave [defensemen Drew] Doughty and [Slava] Voynov—a kid like [Jake] Muzzin comes in,” Lombardi added. “You forget about the responsibilities put on Doughty and Voynov. We were fortunate last year to go through the playoffs. [Head coach] Darryl [Sutter] talked about it. That’s the type of adversity you have to overcome. But it’s coming. We took it in a big way with those two guys.”

Then there was the heartbreaking 3-2 loss in Detroit on February 10.

“The game in Detroit—we were struggling,” said Lombardi. “We go into Detroit, arguably completely outplayed them, tied it up in the last minute, then they scored with [4.5] seconds left. Given where we were [with a poor 3-5-2 record after the loss], trying to get our feet on the ground, the way they responded after that said a lot.”

“There’s a critical moment to rise,” added Lombardi. “Unless you have character, competitiveness, leadership, I think a lesser team says, ‘Heck with it, we’ll do it next year.’ That’s what jumps out to me.”

Unlike their magnificent run to the 2012 Stanley Cup Championship, this season’s playoffs have been a mighty struggle for the Kings, yet they have managed to advance to the Western Conference Finals.

As Brown alluded to, the Kings have not been jumping out to big leads, or leading from start to finish in virtually every game, like last year. In fact, they have had to overcome adversity and find ways to win.

Familiarity has helped in that regard, with most of the players having been together for awhile now.

“At the end of the day, for this group, we’ve been in the trenches together for a long time,” Brown explained. “It’s not like we were all thrown together last year, and did something great. The majority of our guys have been together four or five years, and that goes a long way towards building the trust and the bonds that you need to have [in order] to deal with the really hard parts of the game.”

Teammate Dustin Penner indicated that unlike in previous years, when losing would have a more negative impact on the team, the Kings have been able to move on quickly.

“It’s always great for a team’s overall confidence when you pull out close games, but we lost a few close games, too,” he said. “The three losses in San Jose were 2-1 [scores].”

“We learn from those experiences, and what we were able to do after each loss, even though we had two in St. Louis, back to back, we were able to adjust our game, and play at a higher level the next time around, and win that important game,” he added. “We seem to be winning the right game at the right time. That’s a testament to the coaching staff, the players, and our leadership group.”

Winning the right game at the right time…even in the face of adversity and sky-high expectations coming off a Stanley Cup Championship season. Indeed, the Kings are finding ways to win games.

“The best way to put it is that we kind of screwed ourselves doing what we did last year, because that set the standard, right? I think it was unrealistic, looking back on it, to think we could do that again,” said Brown. “But more important, we’re finding ways to win.”

“That’s the mark of a good team, and good players, and that’s finding a way to win. Obviously, it’s a lot different than going up 3-0 last year as the road team. We would’ve been fooling ourselves to think that we would’ve gone into the first two series this year, and do what we did last year. That would’ve been nice, but every playoff poses different challenges, and it’s up to the team and the players, as a whole, to rise to the challenge. We’ve been able to do that, so far.”

Lombardi indicated that it only gets better from here.

“There is a progression here,” he said. “I know Darryl talked about this with the players before the series. There’s another level that an athlete should want to reach, even after they’ve won one. To be part of a franchise in the mode of those, where it’s the [Detroit] Red Wings, the [Green Bay] Packers, the [New England] Patriots, there’s another level they should strive for. You’re far from being the best you can be as an individual and as a team. I think we’re progressing towards that.”

“I think just like this year, too, I cited critical moments last year,” he added. “There were several of them this year where they were severely tested. They keep finding a way to fight through, as they’ve done at times during the playoffs. I still think it’s a process, but I keep seeing strides every day. Some of our young players, you talk about improved players, you tend to forget about guys like Doughty and stuff like that, how much better players him and Voynov are, and they’re only going to continue to get better.”